All you need to know about Facebook at Work

Have you used Facebook at Work? I’m not talking about logging in to your personal account, but the dedicated enterprise social network (ESN).

Not another ESN to choose from? Yes indeed. There are scores on the market, I’ve been blogging about them since 2009 and every year there’s another one to add to the list.

The market for workplace communications was valued by Frost & Sullivan at $11.67 billion and the online career market, which includes LinkedIn, is worth about $6 billion (£4 billion) annually according to market research firm IDC.

It’s unsurprising there are constant new kids on the block.

Facebook is hardly new, it’s been around since 2004 with a mission to give people the power to share and make the world more open and connected.

Whether you’re a Facebook fan or not, I thought I’d take a look at Facebook at Work. Through this article I’m going to examine what we know so far, particularly as it’s reportedly due for wider release this year, after a year of testing and trials.

Is it going to be a game changer and nudge other ESNs out? Will it be a contender to Slack and Yammer’s crowns? Or will it be deemed too scary by corporate IT departments who are wary of privacy concerns?

There’s a lot of hype around, I want to take us back to the facts and look at what we know so far.

Further reading: Seen what your employees are saying about you?

2 March update: Financial Times is latest company to announce plans to use it.

2 February update: Facebook has published a whitepaper called Security at work, which is worth checking out.

Things you share using your work account will only be visible to other people at your company.

There is a Work Chat feature, similar to Messenger. It allows employees to join group chats, share photos or videos, use stickers, make voice calls and send individual messages.

There are no adverts and it ‘doesn’t track users or hold on to their data.’

It has a grey banner across the top rather than the usual Facebook blue.

“I would say 95 per cent of what we developed for Facebook is also adopted for Facebook at Work,” Julien Codorniou, director of global platform partnerships at Facebook, told Reuters.

Who’s using it?
Here’s a screenshot shared on Twitter yesterday by @mattintouch in Paris, who is beta testing it at CosaVostra in France:

There are also various images of it on Twitter:

My first post at #Facebook at Work. #Foodpanda was selected as one of the first companies globally to pilot it. pic.twitter.com/NPQNbkHuNn

Who is using it so far?

According to the Wall Street Journal, 60,000 companies applied to try it, with 300 being successful.

As well as using it on their desktop computers, employees can download it to their phones and tablets to keep track of work when they are on the move.

Other companies trying Facebook at Work are rumoured to include Heineken, Century21 and French Lagardere and Weber Shandwick in New York.

Are you using it? If so and you’d like to share your experiences, do please get in touch.

October 2016 update: You can find a full list of case studies via my blog. 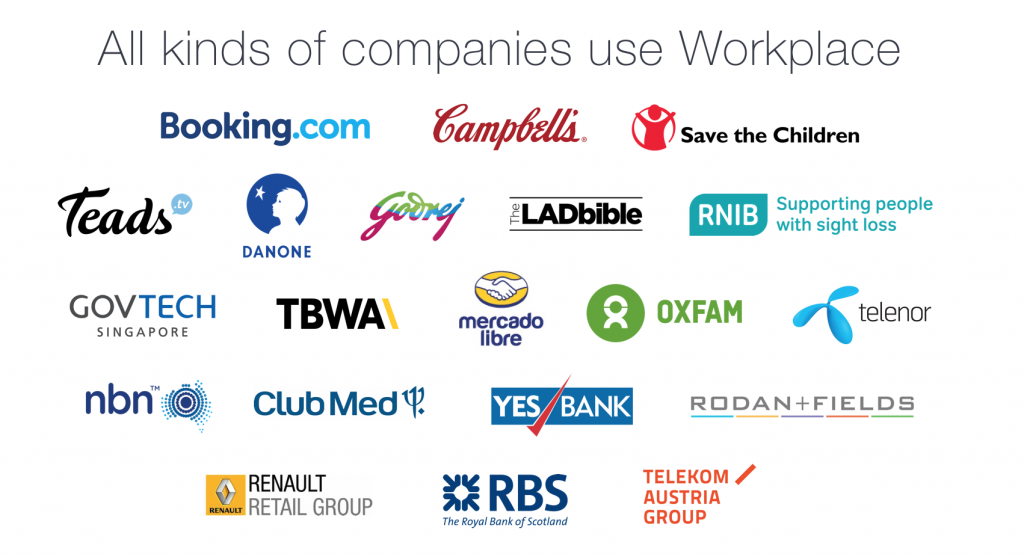 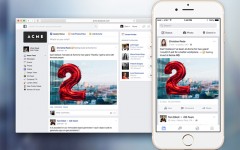 Writing on their website, RBS says having piloted Facebook At Work, they’ve “quickly found staff were able to work much more efficiently together, answer customer questions faster, update other colleagues on their work in a much more engaging way and source a far wider range of ideas for on-going projects.

“Given how many people already use Facebook in their every day lives, it was picked up quickly by those on the pilot, with minimal training needed.”

Listen to what RBS says
Simon McNamara, Group Chief Administrative Officer at RBS was interviewed by Share Radio at the end of 2015:

Who can see what?
Facebook At Work is completely separate from personal Facebook accounts, meaning information shared between RBS employees is confidential and only accessible to other colleagues within the bank, in line with other ESNs. 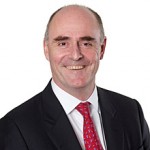 Simon McNamara (pictured), says: “I’ve already been using Facebook At Work while we test it and it’s been so useful – allowing me to exchange information and ideas quickly and securely with all my team on a wide range of projects.

“I’m excited about how bringing people together from all across the bank through Facebook At Work can help our employees do their job better – whether it’s being able to find answers to customer queries much faster or helping us come up with bright new ideas.”

What struck me from Simon’s podcast comments was his emphasis on how “secure, tried and tested, encrypted information can benefit us” and the differences between professional and personal Facebook accounts.

So do we need to get better at managing identifies and our online personas? Undoubtedly. But people do that anyway, e.g. how you write on LinkedIn and the photograph you use is typically more professional than a personal Facebook profile.

Commenting, Sean Ryan, VP of Platform Partnerships from Facebook said: “Facebook is a simple way for people to connect, share ideas and organise events. We hope Facebook At Work will help RBS, which employs 100,000 people, bring staff closer together and allow them to collaborate on projects much more effectively.” 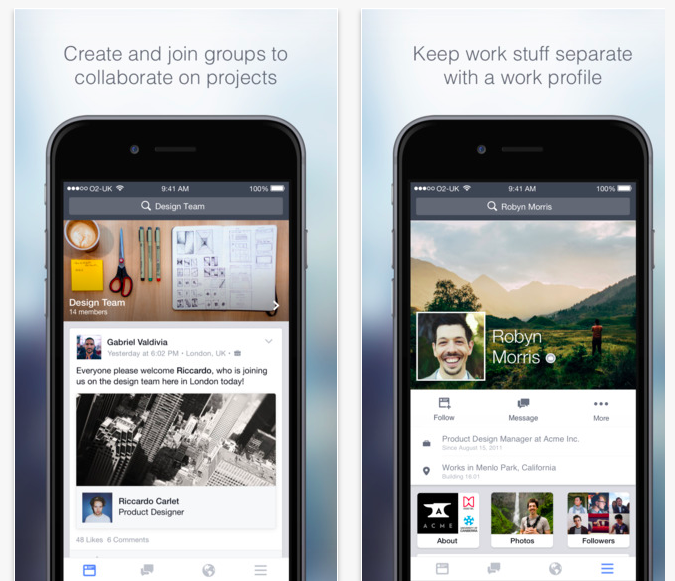 Want to try it?
Facebook has a form you can complete to request more information.

Your work account is a place for you to connect and collaborate with your coworkers, join groups related to your team or projects, and get company news and updates. Your personal account is for connecting with friends and family, and sharing moments from your life.

What information appears on my work profile?

When you set up your work account, your profile will automatically include information provided by your employer. This may include details like your name, job title, and work contact info. Since your employer provides this info, you should contact your company’s human resources department if you want to edit any of the details.
You can personalise your work profile by adding information like a profile picture, cover photo and other details in the About section.

How are companies using it?

iAdvize has published information about how they are using Facebook at Work, including the infographic below, in which they’ve described it as their number one internal communications tool:

What do I think?

I’m intrigued by Facebook at Work, I can see many clear benefits, not least the fact it’s easy-to-use and in a format many people are familiar with.

Employee-led communication is the way forward.

Yes there are privacy concerns, but there always are. Make sure you clearly outline its expected use and behaviours, understand how the data will be used and stored, and align with existing policies you have e.g. HR/IT/Legal.

If you’re looking for advice and guidance on creating policies or guidance for employees, see my list of 300+ social media policies.

Further reading via the All Things IC blog

Further reading: How a brewery is using Facebook at Work

You can read more thoughts from professional communicators as Facebook at Work was the topic of this week’s #esnchat on Twitter. You can join the chat every week @ESNchat.

You can view the whole conversation via Storify.

A2: People may be very reluctant to unify their enterprise and personal identities. #esnchat

A2: @jhonig1 Yes, one of FB@Works strength could be search & mobility, which they’ve mastered on consumer side #esnchat

A3. Facebook owns the data – a major no-no for many orgs who require ownership of data. #esnchat

A3: Dethroning #Slack as the latest and greatest – are they cool enough? powerful enough? I vote yes… #esnchat

A3: Maybe it’s the right time for FB@Work since millenials stepping into workforce are already trained on consumer FB #esnchat

A4: I’m wondering if F@W will convert FB groups that may be doing the internal job today. Some admin for CMs? #esnchat

A4: FB@work might be so easy that baseline user adoption is simple-but community managers orient the interactions to biz purposes #esnchat

A5: Five years is an internet lifetime, people in companies are changing the way they work now #esnchat

A6: FB@Work has the opportunity to restart the conversation with business leaders about the important of networked ways of working #esnchat

A6. FB@Work could enable stronger communities. Community will be critical as definition of employee gets less clear. #esnchat

Techcrunch: Royal Bank of Scotland signs up to Facebook at Work

I’ll keep you posted as more information is released, but I’d love to know your thoughts. You’re welcome to comment below or Tweet me @AllthingsIC.

First published on the All Things IC blog 28 January 2016.

Want to learn more about internal communication? Search All Things IC Masterclasses to find the right course for you. 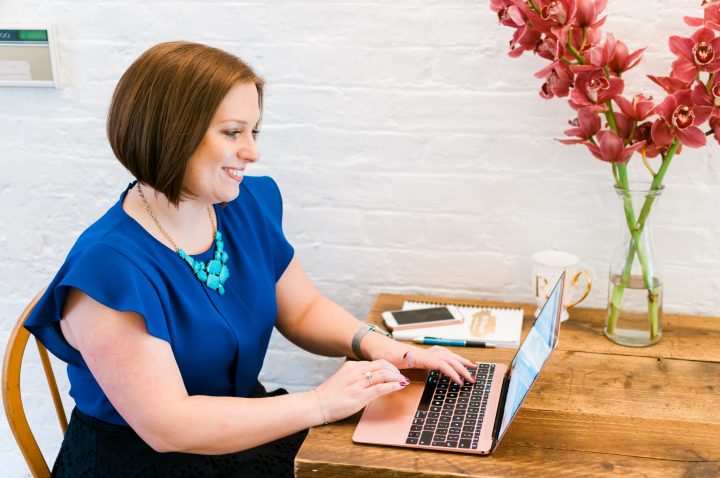